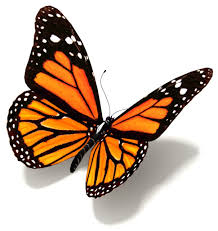 Past Posts by Month

Never thought much about my values, they just happened.  Being raised in Oklahoma in the 1950s my childhood was molded by family, school and church.  My parents were church going people but in a casual, this is what you do, way.  Those influences gave me a strong sense of right and wrong; but my independence gave me lots of questions regarding several things on the edges.

One trait that I always believed was a measure of goodness is truth.  Sure, everybody lied some; but telling the truth was especially important to my sense of being “good.”  Of course, I lied or fibbed just like any normal person, but it was always wrong to me and brought shame.  I expect people to be flawed but I also expect a sense of shame.

My books are populated with flawed people.  While a book might be interesting in the abstract about a perfect person; most readers would quickly find the goodness of such a person boring.  Bad people are much more interesting than good people.  That, of course, is in books.  In our real lives, we want truth tellers.

Now comes the problem, how do you know who is a truth teller?  After all, much of our world is clouded in opinions masquerading as truth.  I think this or that while you think some other this or that; which is true?  Over the years I always thought I could tell what was true and who to trust by just listening to them and observing.  In business this is an important skill, to be able to discern what has value and what is junk.  Yes, this is the famous bullshit meter.  And once you identify the bullshitter, you can be guaranteed he will almost always be a bullshitter.

My first experience in the business world was retail and food.  Most of the people I met were “good” people, just trying to get by with a focus on their families.  Next, I became an accountant.  The accounting world is populated with some very boring people who mostly seemed to be unhappy.  They were often depressing, but if you asked a question, you got facts for an answer.  Bullshitting was a sin.  Then I ventured into M&A and venture capital.  Made good money but I do believe everyone I met was a bullshitter, and at a professional level.  However, they were never boring.

Shading the truth to get a deal done was considered normal.  It wasn’t up to you to divulge every fact, that was the other sides responsibility, and if they didn’t do it; that’s on them.  This was the “every man for himself” world of high finance in the 1990s.  Everyone did it, so it was okay.

Many of my characters come from these people.  They were not evil just a little bad.  The ability to rationalize your behavior keeps us sane but does not make us better people.  In the Muckraker series I explored the murky world of politicians and the acceptance of the ends justified the means approach to winning.

In case you haven’t guessed I’ve been reflecting on my choices, and how I was influenced by the people around me at different junctures in my life.  This is a process I go through while writing, incorporating my experiences and the people I’ve met into those stories.  My latest work in progress is China Deep Dive.  The story is about one of the most brazen cons I think anyone ever attempted.  At the heart of this con was an amazing ability of one man to lie in such a believable way that most people knew he was a con man but couldn’t help themselves, they went along with his schemes.  They liked him and helped him.

I was once in a meeting with this man and a group of foreign investors who had difficulty with the English language.  This man talked and talked but made absolutely no sense.  I was sure one of the group would stand up and laugh in his face for the ridiculous things he said.  They didn’t.  They shook his hand and invested a substantial sum in his latest venture.  They corned me after the meeting and asked if I could explain what he had said, I said no.  I left and never returned.  Some people are just destined to be fleeced and nobody can help them.

Liars often succeed.  Politicians and many other “professions” have turned lying into a weapon of mass destruction.  It seems that any meeting I was in over the last years of my deal making days my bullshit meter was always going off and it never stopped.  I decided writing books (alone) was much more satisfying and with a lot less alarm noise.

Ted Clifton, award winning author, is currently writing in three mystery series—Pacheco & Chino Mystery series, the Muckraker Mystery series and the Vincent Malone series. Clifton’s focus is on strong character development with unusual backdrops. His books take place in Southwest settings with some of his stories happening in the 1960s, 1980s and current times. The settings are places Clifton has lived and knows well, giving great authenticity to his narratives. Clifton has received the IBPA Benjamin Franklin award and the CIPA EVVY award--twice. Ted is also an artist. Much of his work, digital, acrylic and watercolor, has been inspired by living in New Mexico for many years. Today Clifton and his wife reside in Denver, Colorado, with frequent visits to one of their favorite destinations, Santa Fe, New Mexico. View all posts by tedcliftonbooks